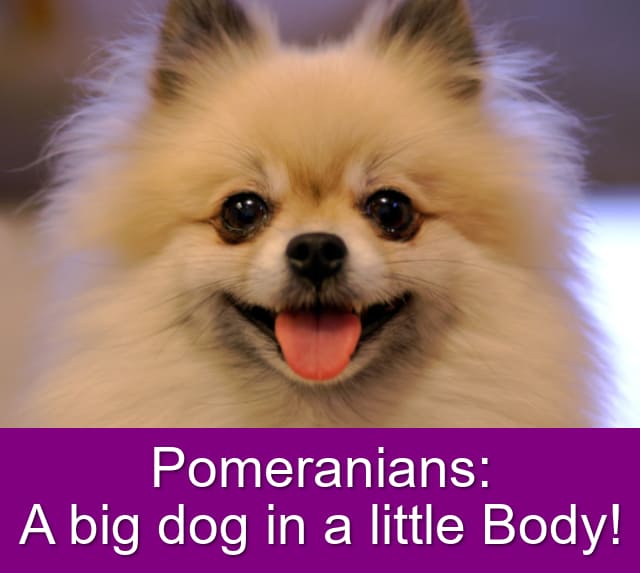 These are ACA Pomeranian Puppies. They will be available for their new homes when 8 weeks old*. They come UTD on all shots & worming’s. We are taking deposits of $200 to hold the puppy of your choice. They are PICK UP ONLY with cash balance due upon departure.

We are located in the Lebanon/ Bennett Springs State Park area in MO. For more information please call 417-532-5802.

Please read our Terms & Conditions before picking out your new puppy.

The Pomeranian is a breed of dog in the spitz family, named for the Pomerania region of Poland and eastern Germany, and classed as a toy dog breed because of its small size.

The Pomeranian originated from the sled dogs of Iceland and Lapland, which were eventually brought into Europe in Pomerania. This region, bordered on the north by the Baltic Sea, has been under the control of the Celts, Slavonic, Poland, Sweden, Denmark and Prussia, at various times. This region extends from the west of the Ruegen Island to the Vistula river – there it became popular both as a pet and working dog. The name Pomore or Pommern, meaning “on the sea” was given to the district about the time of Charlemagne.

Breeders in Pomerania improved the coat and bred the dogs down for city living, but they were still 20 pounds or more when they reached England.

English breeders, through trial and error and Mendelian theories, are credited for reducing the dog’s size and developing the many colors. The breed still retains the hardy disposition and thick coat typical of dogs in cold climates.

Queen Charlotte first introduced the the Pomeranian to English nobility, however, the Pom gained international popularity when her granddaughter Queen Victoria returned from vacation in Florence, Italy with a Pomeranian named Marco.

The closest relatives of the Pomeranian are the Norwegian Elkhound, the Samoyed, the Schipperke, and the whole Spitz group.

At an average of 3 to 7 lb (1.4 to 3.2 kg) according to AKC standards, the Pomeranian (Pom) is the most diminutive of the northern breeds. It is not uncommon to see Poms at a larger size as their ancestors were
known to be up to 30 lbs. However, AKC standards limit the range to 3 to 7 lb. Many people like to refer to a “teacup” pom. There is actually no such thing in this breed but “teacup” is often used to refer to the smaller poms in the 3-4 lb range. Many people prefer this size, but more health problems are often associated with the smaller size. Sometimes you will see “throwbacks” which will be larger in size. These poms are very healthy and make wonderful family pets, but they do not fall within the standard of 3 – 7 lbs and could not be shown in the show ring. Most breeders strive to keep the pomeranian small with the ideal weight being 5-6 lbs.

The head of the Pomeranian is wedge-shaped, making it somewhat foxy in appearance. The ears are small and set high. Its tail is characteristic of the breed and should be turned over the back and carried flat, set high.

The Pom’s coat is its glory, two coats, an undercoat and a top coat; the first is soft, thick, and fluffy; the latter is long, straight and coarse. The undercoat is shed once a year by males, by intact females when they are in season, after delivering a litter, and during times of stress.

One breed standard calls for a cobby, balanced dog. A cobby dog is as long or shorter than he is tall; try to picture him as a circle in a square. A balanced Pomeranian fits together logically and in proportion. For instance, a small, delicately boned Pom with a large head looks unbalanced because his head type doesn’t match his body type. A balanced Pom displays legs in proportion to his body: neither so short as to make him appear dumpy nor so long as to make him look like he is walking on stilts. This standard also calls for an expression that imparts great intelligence, showing that the Pom has an alert character and that he behaves accordingly. The pom’s alertness makes him a superb watchdog.

The Pomeranian is an active dog who is intelligent, courageous, and a loyal companion. The Pomeranian usually does very well with children but due to its small size can suffer abuse from children. Pomeranians have proven themselves to be excellent watchdogs by announcing intruders with loud, sharp barks. The Pomeranian easily adapts to life in the city, and is an excellent dog for country living with its strong hunting instincts from its wild ancestors.

Pomeranians are generally a healthy, hardy, and long-lived breed – Poms often live 12 to 16 years or so. The most common problem in Pomeranians is luxating patella. Also Legg-Calve-Perthes syndrome and hip dysplasia can occur, but are rarer in this small breed. Patent ductus arteriosus (a heart disease) and collapsing trachea are also occasionally seen in Poms. Other problems that can occur include hypothyroidism, epilepsy, and hypoglycemia. Poms, like many Toy breeds, are prone to bad teeth and harmless episodes of reverse sneezing.

Thankfully, here at Sweet ‘P’ Poms we have seen little to none of these disorders, but I feel it is very important to research the breed and know the health issues that are most common to this breed.

Coat care for the Pomeranian is similar to the Pekingese. Weekly brushing will help keep the thick, plush coat, which sheds seasonally, free of mats. Regular ear and nail care is recommended, along with peak seasonal bathing. Pomeranians, as with all dogs, will benefit from a routine of weekly teeth care.